The Coronavirus pandemic has exposed a fragile and dysfunctional economic system, with inequalities reaching unsustainable levels, and globalisation and democracy challenged from all sides. Against this backdrop, founder of Apax Partners; author of the recently published Impact Revolution and newly announced chair of IPEM 2021, Sir Ronald Cohen, explores a new way forward for the world’s financial markets.

The capitalist model that has served us for more than 200 years, lifting millions out of poverty, is no longer fit for purpose, Sir Ronald Cohen, a founding father of the impact investment movement, announced on a webinar hosted by IPEM last month.

“It has become a self-defeating system in the sense that companies are chasing profits but at a huge environmental and societal cost, which governments then try to remedy through taxation,” he explained. “We are just digging a deeper and deeper hole for ourselves.”

“The fundamental problem with our economic system is that the search for profit, no longer provides widespread prosperity,”

The effects of this inequality can be felt globally, with outbreaks of unrest erupting everywhere from France and the US, to Chile and Lebanon. “The fundamental problem with our economic system is that the search for profit, no longer provides widespread prosperity,” Cohen said. “It is time for a different approach.”

Fundamental to this approach is the measurement of the impact that companies have on people and the environment, through their products, employment practices and operations. That impact should be monetised and reflected in the financial accounts, Cohen believes.

“Impact needs to be brought to the centre of our consciousness and economic system – sitting side by side with profit,” he said. “That will lead to superior returns. This isn’t about being philanthropic.”

In many ways, COVID-19 provides the perfect opportunity for change. “We are at a historic crossroads, similar to 1929,” explained Cohen. “After the great crash, people realised that they had been foolish to invest in companies without measuring their profits properly, and in 1933, the US put us on the road to GAAP and independent auditing”.

“Today, people need to sit up and realise that with $30trn going into ESG investing – about a third of professionally managed assets  – companies must start to publish impact-weighted accounts that reflect both financial and impact performance.”

Indeed, consumers and employees are demanding that companies change the way they operate. People no longer want to buy from, or work for, companies whose values they don’t espouse. In addition, the high levels of sustained unemployment we are likely to see in the wake of the pandemic will only accelerate the need for progress.

``The only way to attract the capital needed to help tackle social and economic challenges will be through the investment market.”

“The most vulnerable will be hardest hit, as they always are after a crisis. That will increase inequality further and will likely lead to more violent eruptions,” Cohen said. “At the same time, governments will emerge heavily laden with debt, with highly constrained budgets. So, the only way to attract the capital needed to help tackle social and economic challenges will be through the investment market.”

It is important, however, that a shift in public sentiment is not assuaged by lip service. Measurement is key. “If you can’t measure something, then you can’t really manage it,” Cohen explained. “We are starting to see an ‘impact washing’ phenomenon, where companies are praising the good things they do, but brushing the damaging things they do under the carpet. The net balance can ultimately be negative.”

Cohen pointed to fossil fuel-based businesses as an example. The annual negative impact created by Exxon Mobil on the environment is $42bn, he said. Shell, however, creates just over $20bn and BP just over $10bn. “These are figures that we should all know. Meanwhile, if you look at Intel’s $7bn wage bill, that looks like a fantastic social contribution. But if you take ethnic representation and the uneven distribution of opportunities into account, you end up with only $2.5bn of positive employment impact.”

“We cannot continue to create inequality and damage the cohesion of our societies and our planet,” Cohen continued. “The public appreciates that. Investors appreciate that. As a private equity, public stocks or bond manager, you are going to have to have satisfactory answers to questions about impact if you are to stay on the right side of asset allocations.”

Born in Egypt in 1945, Sir Ronald Cohen fled the country during the Suez crisis at 11 years old. He arrived in Britain, speaking no English, but was soon top of his class, later going on to secure qualifications from Oxford and Harvard Business School. In 1971, he created Apax, one of the very first venture capital firms in Europe. Apax now has more than $50bn under management.

In many ways, Cohen had to create the private equity industry in Europe in order to build his firm. He is now taking the same approach to impact investing, having left Apax in 2005. Amongst a plethora of initiatives, he has chaired the Impact Task Force and Social Investment Task Force, as well as co-founding Bridges Ventures, one of Europe’s most notable impact firms.

“My plan with Apax was to reduce the gap between rich and poor by backing entrepreneurs. But I became increasingly uncomfortable with the fact that I actually appeared to be increasing that wealth gap,” Cohen explained. “When I received a call from the UK treasury in 2000, asking me to chair a working party looking at reducing poverty with an entrepreneurial eye, I jumped at it, because I had become a VC in the first place to create jobs. I always saw a social purpose as well as a financial purpose.”

“I recommended then, that we should create a social investment bank to find a way to connect social entrepreneurs to capital markets. That led me to the social impact bond, ten years later, where we developed the first security whose return depended on social improvement – in this case the number of freed prisoners who did not return to Peterborough jail. That social impact bond was the first expression of a new world, that disrupted the risk/return dynamics we had lived by the past two centuries, introducing impact for the very first time.” 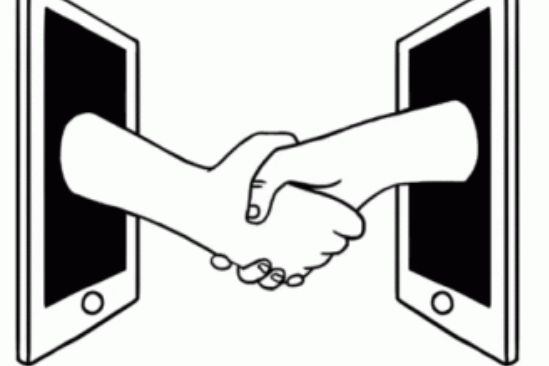 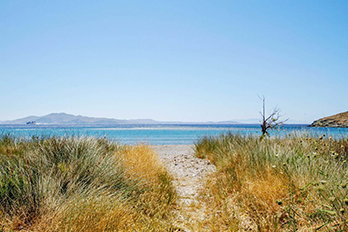 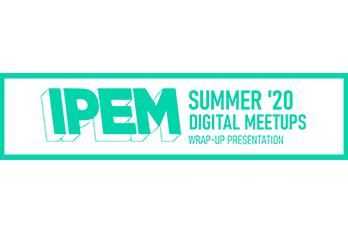 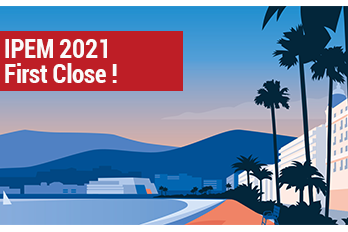 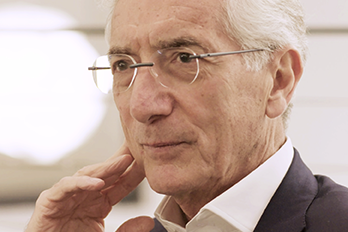 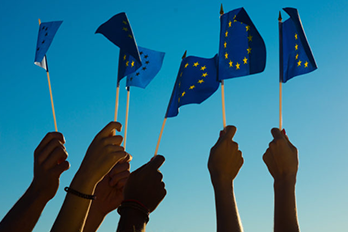 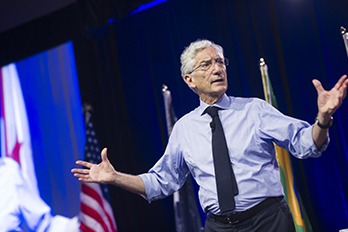 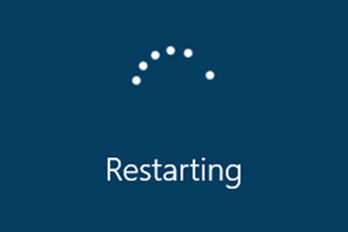 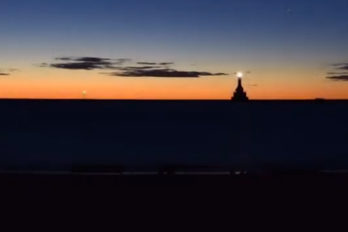 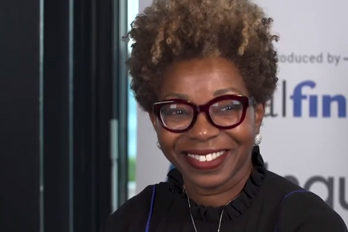 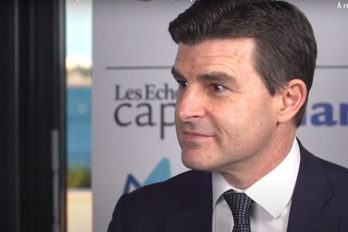 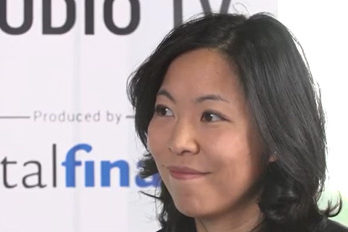 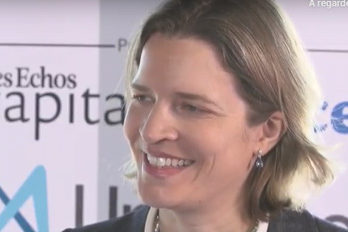 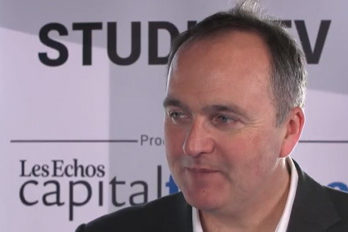 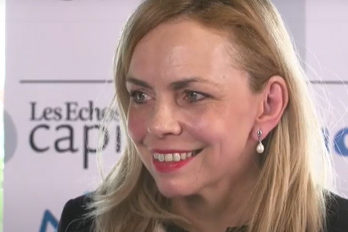 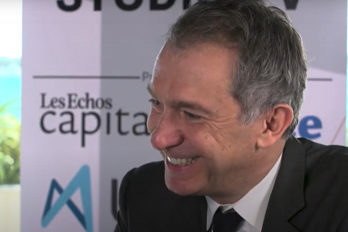 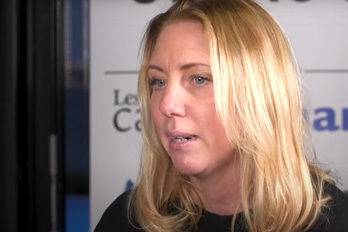 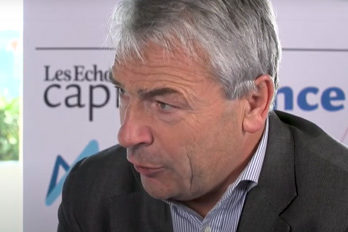 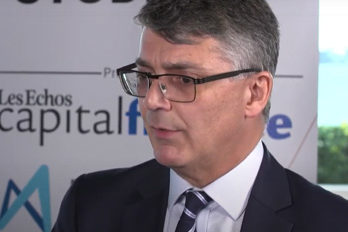 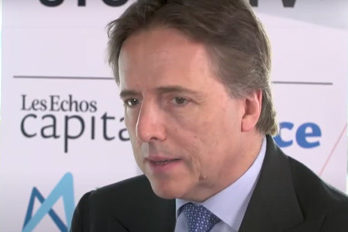 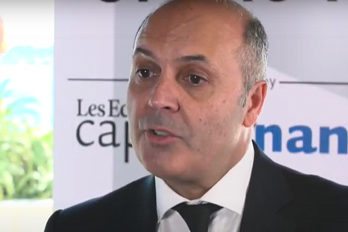 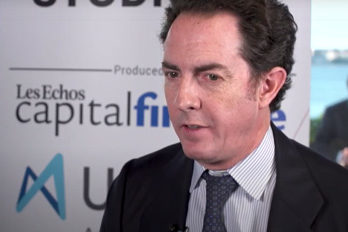 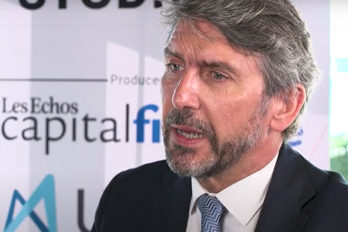 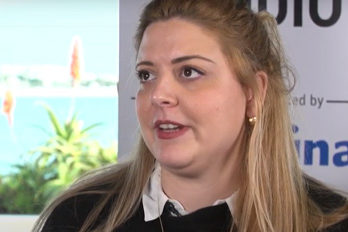 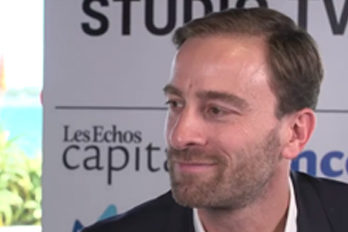